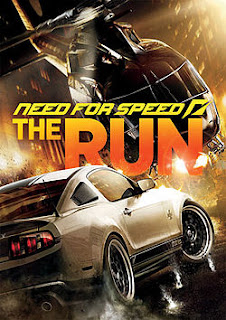 Need for Speed: The Run is a racing video game, the 18th title in the Need for Speed franchise, and is being developed by EA Black Box and will be published by Electronic Arts. The 3DS version is being developed by Firebrand Games, the team behind Undercover and Nitro (both DS version). It is scheduled for release in North America on November 15, 2011 and November 18, 2011 in Europe.The Run is the first title in the series to be rated T by the ESRB since Undercover.
The game is described as "An illicit, high-stakes race across the country. The only way to get your life back is to be the first from San Francisco to New York. No speed limits. No rules. No allies. All you have are your driving skills and sheer determination as you battle hundreds of the world's most notorious drivers on the country's most dangerous roads.
FOR MORE INFO-  http://en.wikipedia.org/wiki/Need_for_Speed:_The_Run
Posted by Ghanashyam at 10:02